How the Pool Went From Ancient Greece To Your Backyard 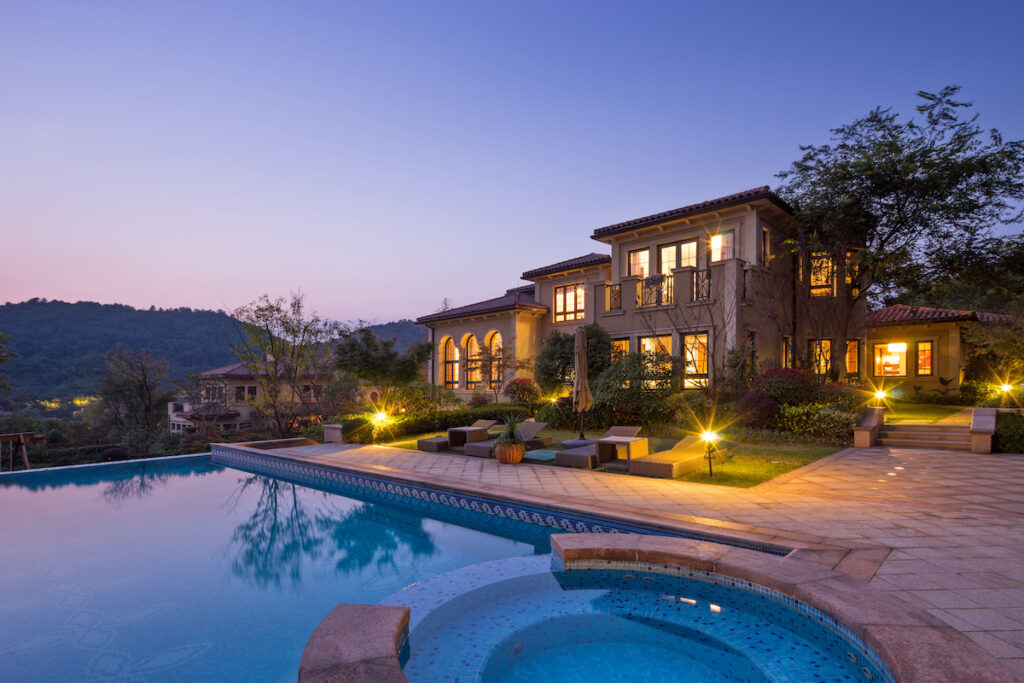 There is nothing that can replace the crowded, noisy, slightly murky, smelly neighborhood pool with those suspicious unidentified floating objects, the next-door kid screaming his head off as he gets splashed in the face, and kids jumping off doing belly flops for what appears to be the fun of it. Oh, wait! There is something to replace it with. You can replace it with a custom pool oasis from Dorian Construction. Ok, perhaps there is a certain charm to the memories of those neighborhood pool days, but those days are over and now you appreciate privacy and quiet and the beauty of clean fresh water. In the spirit of remembering those wild belly flop summers, we thought wed take a look at the history of swimming pools and how they became a much-beloved luxury in the modern home.

The First Great Bath and the First Public Pool

The Great Bath is one of the oldest structures that belongs to the ancient Indus Valley Civilization in Pakistan. This structure serves as archeological evidence that in the 3rd millennium BC civilizations wanted to go swimming. It is considered the first public water tank and is a nicely designed brick structure. Enter the Ancient Greeks and the Romans and they too, of course, dabbled in the art of the pool. The Greeks and Romans were the first to see swimming as an athletic venture and built pools to reflect this. Swimming was part of training for young boys. Its somewhat well-documented that the first heated swimming pool was built by Gaius Maecenas of Rome in the first century BC. he is often known as the first patron of the arts.

Pools Come to the Modern World

A lot had to happen before civilizations had the leisure time and resources to build pools in the modern world. Before that, there was a lot of civilization-building to do, infrastructure, plagues, the Dark Ages, the Renaissance, and so forth. So fast forward to London, England in the middle of the 1800s and you find six indoor pools with diving boards. The modern Olympic Games may have had something to do with it, as they began in 1896. Around this time, the athletic event drew people into participating in this activity for more than just leisure and it became a competitive stroke. First, the freestyle and then the backstroke added in 1904.

According to NPR, the countrys municipal pools (or public pools) were first built to get the hoodlum kids of the neighborhood out of the rivers and out of the publics view. Dirty street kids, in other words, would hit the pools as a way to get clean. Some of these establishments even served as public baths for the lower classes. And as pools hit these communities, some historians suggest that pools became part of social change. These pools served as congregation places for whites, blacks, and other poor immigrants. Men and women swam on separate days, but the pools served as great places of social interaction for many people.

After World War I, the pools changed from what seemed to be more private bathhouses to places of leisure and socialization. At the same time, the rise of the Olympic Games gave way to the increased interest in swimming as a competitive sport. The first official public swimming pool opened in 1887 in Brookline, Massachusetts, then in Belmont, Massachusetts in 1912. This was some time before air conditioning so the pools were desired destinations to escape the summer heat. These early pools were also quite labor-intensive, as they were dug out manually or with the help of a mule. What city was the most avid building of public swimming pools in the United States? Well, none other than Philadelphia. Interestingly enough, many of these pools were built before germ theory and the understanding of the spread of diseases. The facilities did not have showers, as the pool itself was seen as one big bath.

Into the 1930s, hotels began building swimming pools as a luxury to attract customers. After World War II, plenty of young soldiers returned ready to marry and able to buy a home. And voila, the kidney-shaped residential pool was born! In the 1950s, local neighborhoods were becoming much more common but were far cleaner than they had been just 40 years before. The rise of the movie industry and Hollywood led to people seeing luxury pools on-screen and wanting a little of that action for themselves. It was around this time that many homes began building pools in their backyards. It was not just affluent folks that were able to afford such amenities, but a typical middle-class family was able to install a pool or have one built with their home. The residential pool became a way to have your personal swimming space in your home.

Today there are approximately 10.4 residential pools and 309,000 public pools in the United States. Advancements in pool cleaning technology have also lessened the hassle and headaches that people often associate with owning a pool. Keeping your pool clean today is easier than ever thanks to more efficient pumps, advanced automated pool cleaning systems, and better systems for chemical monitoring.

Let's Get to Work!